Amiables are people-oriented, and care more about close relationships than results or influence. They usually appear warm, friendly and cooperative. Amiables tend to move slowly with a low time discipline, minimising risk and often using personal opinions to arrive at decisions. Belonging to a group is a primary need, and Amiables may make every effort to gain acceptance. They typically seek to uncover common ground, preferring to achieve objectives through understanding and mutual respect rather than force and authority. When managed by force without relationship, Amiables appear to cooperate initially but will likely lack commitment to the objectives and may later resist implementation. A brief explanation of each style is detailed by following the links below or there is more detail in the video. The other element of Social Style is Versatility which is your ability to adapt your Style according to who you are interacting with. 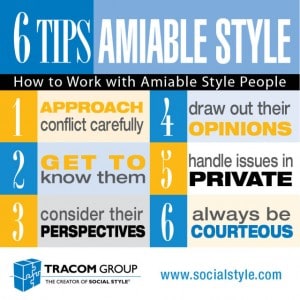 Video - What is Social Style?

We provide SOCIAL STYLE Profiles direct to organisations and training consultancies including profiles for Managers, Sales people and a universal Audience. A cost effective alternative to many profiles on the market, you do not need certification to use the Self-Perception products and we provide a wide range of admin kits with purpose built ready to run training programmes for you to use in your organisation. Please contact is for more details or the current TRACOM catalogue. We provide training programmes for differing audiences using SOCIAL STYLE including Managers, Sales people and a universal Audience.

We are able to organise accredited training for companies to develop their in-house trainers, to deliver SOCIAL STYLE in their organisations. We also work with training organisations and consultancies that wish to use it with their own clients. However Accreditation is not needed to deliver many of the TRACOM products because of the quality of materials we provide, so it makes a cost effective alternative to other profiles on the market.

We would be happy to discuss how to use SOCIAL STYLE in your organisation. Our training consultants work across the UK and further afield as required. 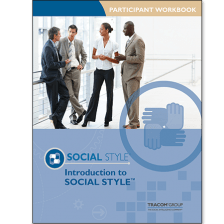 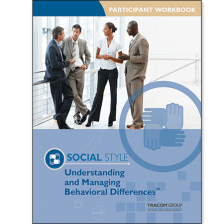 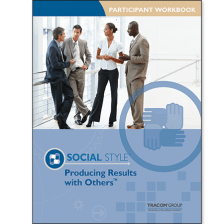 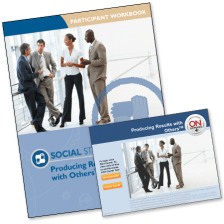